In society, even nowadays, Indonesian people cannot be separated with myths. Although the truth is an uncertain thing, in fact, the majority of us do believe in myth. I have ever talked with a socio-cultural expert, Dr. Redyanto Noor, M. Hum. He told me that a myth is one of the most powerful social institution to guide the people in expressing themselves and their will.

“Our society is more obedient to myth than official and governmental rules. For example, we often see traffic violations because there are no polices,” said Redyanto.

“But, it would be a different story when it comes to myths. Peeing in cemetery are banned cause it can make mister p becomes dysfunctional. Certainly, no one dares to do it.”

Speaking of myths in Indonesia, there are several myths about marriage that could lead to disintegration. Disintegration is defined to one party that comes from a tribe forced to rethink or even discouraged to marry her partner coming from other tribes.

A myth that easily found is about marriage between Sundanese with Javanese. There are some people who still believe in that particular myth. I, who ever had girlfriend from Javanese tribe, often get a warning.

Every myth started from history. So here it is…

According to Merdeka, the myth was arose because Bubat War tragedy that occurred at the time of the Majapahit kingdom. Hayam Wuruk, as the king of Majapahit at that regime and wanted to marry Dyah Pitaloka Citraresmi, princess of the Sunda kingdom, has been being Bubat War cause. On the blessing of the royal family of Majapahit, Hayam Wuruk sent a letter to the Maharaja Linggabuana to propose Dyah Pitaloka. Then she accepted him, and the wedding ceremony was scheduled to be held in Majapahit.

In Kidung Sundayana holy book written that Mahapatih Gajah Mad ahave intention to rule the Sunda kingdom. ‘Sumpah Palapa’ was the reason. At that time, Majapahit had conquered the various kingdoms in the archipelago, except the kingdom of Sunda. As if getting an opportunity, Gajah Mada assumed that the arrival of the Sunda kingdom at Bubat region was a form of surrender to Majapahit kingdom. Then, Gajah Mada urged Hayam Wuruk to receive Dyah Pitaloka as a sign of Sunda kingdom defeat, not as fiancee. Still on the same holy book, Hayam Wuruk, mentioned, confused because Gajah Mada is a very dependable Mahapatih in Majapahit kingdom.

In short, the people of Sunda kingdom who was knowing about that news were angry. Bloodshed was inevitable. As the host, Majapahit troops were more numerous. No wonder if in the end the of the war, Sunda forced, including Maharaja Linggabuana, are killed. Princess Dyah Pitaloka chose to suicide in defending the honor of her nation and kingdom, Sunda.

As the result of the war, the regulation called estri ti luaran was established, among relatives of the Kingdom of Sunda. Estri ti luaran is a prohibition to marry people from another kingdom, including Majapahit. By the story, the myth about Sundanese-Javanese marital became well-known.

Some people still believe, while some out there starts to be non-believers in the myth. One of the people who do not believe in that myth is me. I think, disputing tribal origin in terms of love is something wrong. In my religion, no one said about tribal origin in finding-a-life-partner case. And it seems so well with other religions.

So, here’s why we don’t have to give a fvck about this myth.

Have you ever heard, “When you love someone, then age, distance, height and weight is just a number?”. The point is obtained, when we love someone, anything can happen. Similarly, the tribal issues.

I once told by Bayu Widagdo, a lecturer of Diponegoro University, “Don’t look at something from one side.” I decided to agree with him. In my opinion, when two people from different tribes into the one, it’s impossible if only the ugliness they had. The myth was mentioned if the marriage between Javanese and Sundanese happen, disharmony will haunt them. Indeed, disharmony is caused by problem. But come on, in any families, there must be problems that will occur in any unexpected time. All depends on how do we need to react and overcome it.

When two people of different tribes become one, then the exchange of information on all-about-the-origin of his tribe will happen. We will know about what is allowed, what is forbidden, and what is typically wanted from the tribe of the partner. Life will be more varied. If someday you have children, the couple can mixing style of parenting by his tribe. The materials of the parenting to be told such as the legend or fairy tales, will be more varied as well. There are many more advantages when two people in different parts into the one.

I’m not a hater of difference. I am writing this article, and do not agree with that myth was due to be different. I’m happy if you want to criticize my writing. But one thing for sure:

“Limiting love because the tribe background is not my idealism.” 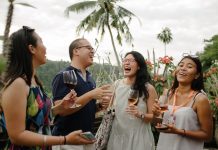 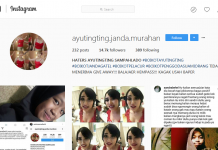 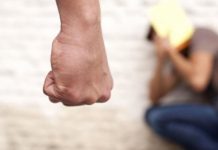 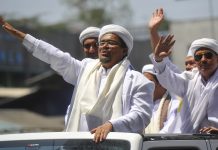 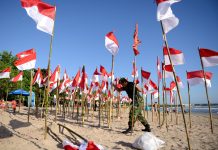